Her last name is literally one letter away from the word ‘Events’, so it’s not a surprise that she has become the newest event manager at the Infinity Park Event Center.

Evens hails from Howell, Michigan, and her path to the Infinity Park Event Center has included stops at several different sporting organizations and universities. Sports was the industry that Even’s thought she wanted to work in while in school at Grand Valley State.

“Being a sport management major, a lot of my classes and internships, and field work was geared towards facilities and event management,” Evens said. “In undergrad I kind of thought that I wanted to work for a pro sports team, but I realized that I did not like that after I had some more experience in it.”

Evens worked for Grand Valley State’s athletic department before taking an internship with The Traverse City Beach Bums – a collegiate summer baseball team that competes in the Northwoods League who now go by the Pit Spitters – where she learned that she really loved the event side of the industry.

“I realized mostly working with that baseball team that I didn’t want to do strictly sports,” Evens said of her internship. “I liked more of the event side of things where I could work sports and other things. As I went to grad school, I kind of got sucked into campus recreation and I managed our event center on campus where we had all of our Division – I sports plus all of the other special events.”

After earning her graduate degree from Central Michigan University, Evens took a job with Bradley University in Peoria, Illinois. While at Bradley, she managed the Renaissance Coliseum. The Coliseum not only serves as the home to Bradley’s basketball and volleyball programs, but it also plays host to a number of concerts and events as well.

“Maybe five percent of our events were basketball and volleyball and the rest were concerts and special events,” Evens said of her time at Bradley.

From there, Evens did a short stint at the campus recreation department at the University of West Florida before taking a position in the conference and event department at Colorado State University. While in Fort Collins, Evens managed mostly academic conferences and some camps in the summer months.

After recently moving to Colorado, Evens discovered the Infinity Park Event Center while attending a rugby match at Infinity Park in 2019.

“As soon as I saw the stadium and I saw the sign that said event center, I thought to myself that I had to find a job here,” Evens said. “For the last two years I have been keeping an eye out for job postings and surprisingly there was one in the middle of COVID so I was pretty shocked.”

This is the second time in her career that Evens has worked around rugby. She spent some time around the USA Rugby’s sevens and fifteens teams while completing internships during back-to-back summers with the Olympic committee in Chula Vista and in Colorado Springs.

“I got to work with rugby out there so it’s kind of cool to be back in the rugby scene,” Evens said. “Those were my earlier internships that I just really fell in love with and that’s where I learned that I liked the facilities and operations side of things.”

Despite starting just a few weeks ago, Evens has hit the ground running.

“You’ve gotta learn somehow,” Evens said with a smile. “It’s been great. Everyone I’ve met has been phenomenal and they are super helpful. The Event Center team has been great. Jenna (Daley) has been awesome showing me the ropes pretty much all day long every day. Somehow she has time to do her job plus teach me mine.”

While things continue to pick up for the summer at the Infinity Park Event Center, Evens is looking forward to spending her off weekends outdoors.

“If I could be outside all day long I would,” Evens said of her hobbies. “I love hiking, I love camping. I just had back surgery, but pre back surgery I loved mountain biking and trail running but it will probably be a minute before I get back into that. I’ve already booked out my summer so that every weekend that we don’t have an event right now I have some spots booked for camping.” 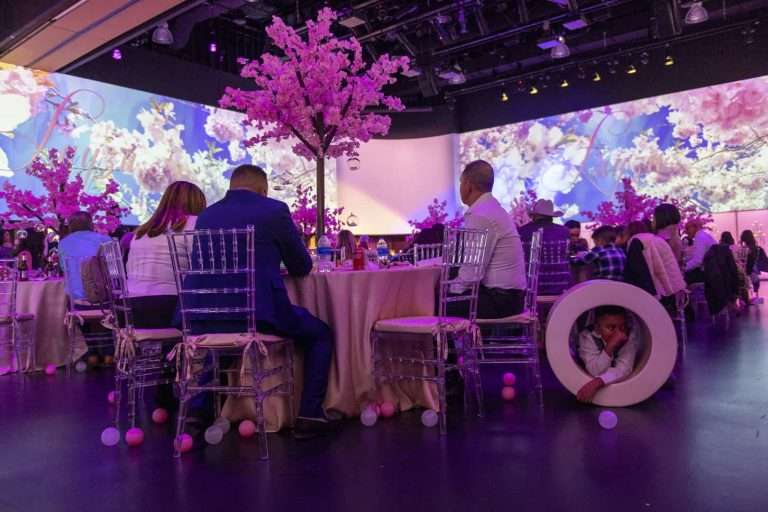 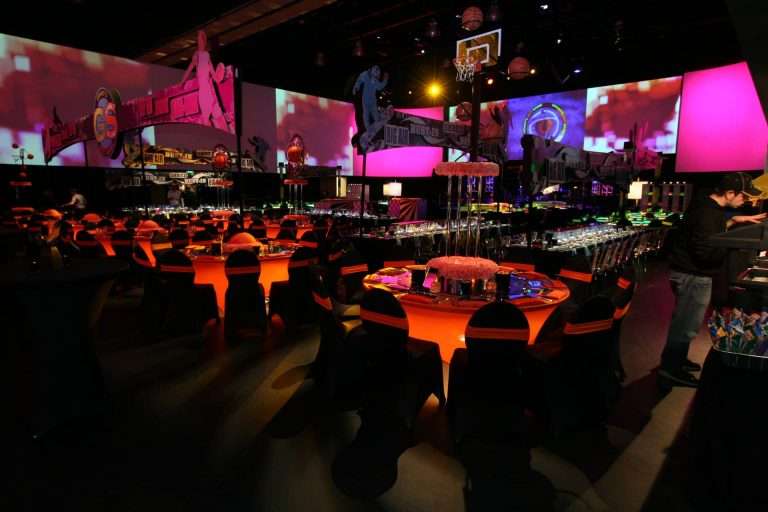 Not Your Average Ballroom