There are very few events that the space hasn’t hosted since its inception back in 2008. From weddings to car shows to fashion shows and everything in between, it’s hard to throw the team at the Event Center a curveball.

In this ever-evolving technological world that we live in, you’re bound to host an event or two that you never have before. That’s exactly what happened during the ninth-annual RugbyTown Sevens tournament back in August.

Normally the Infinity Park Event Center space is utilized by teams competing in the tournament. They can get organized, stretch, and do whatever they need to get ready to compete throughout the tournament. This year, though, the space was occupied.

While the Infinity Park Event Center had the space and the technology to host such an event, they didn’t have the experience.

“Not very familiar at all,” Infinity Park Event Center’s Director of Production Aaron Martinson said of his experience with e-sports. “I don’t play that many video games. Especially not online.”

“We did a little bit of research, but we were lucky enough to be partnered with Esposure,” Martinson said of the tournament. “They are another company that does e-sports tournaments. They knew all of the back end. We did pretty much all of the live, in-room experience, and they did the online experience. It was totally necessary to have them on board to know what viewers wanted to see.”

The knowledge and experience that Esposure provided allowed Martinson and his team to focus on how the technical side of things. As Martinson came to find out, the tournament operated pretty similar to some of the events that the Infinity Park Event Center specializes in.

“It wasn’t too different,” Martinson said. “We are taking camera feeds and graphics feeds, they just happened to be video games. Then we are putting them up on the screens. Instead of say auction items, we are doing scoreboards instead.”

One of the best parts of the entire tournament was that the space was fully equipped to handle a tournament like this.

“We were amazingly fully equipped,” Martinson said. “We’ve been doing a lot of work in the last few years to get our network up to par for speeds and everything like that. They utilized all of our in-room wiring to get to them in their production area. We were ready to go. I was really happy to see our infrastructure that we’ve been working on utilized almost to its full extent and work well for them. I think they were really pleased as well. We couldn’t do it on our own. You almost have to have the other company that specializes in that gaming world. They were going on discord and Twitch, and they found this entire industry of sportscasters that sit at home and talk about the games. I really liked to see our facility be able to handle it pretty much flawlessly.”

All in all, Martinson was very pleased with how the entire weekend went. There were very few speedbumps, and the in-person and online experience was top notch. The fans enjoyed it, the teams enjoyed it, and it was reflected on the broadcast. When it was all said and done, Army defeated Coast Guard in Rocket League to walk away with the first ever RugbyTown E-Sports Cup.

Martinson and his team made sure to take notes as to how things operated. One of the biggest things that he learned was the integral role that the fans play.

“I learned a lot about the backend,” Martinson said. “I tried to dive into really seeing what you can do to integrate a live experience and gameplay for an online audience. Why do people want to watch this? What keeps them intrigued? It was chat boards, and a bunch of stuff that they are interacting with online. They are part of it. They are not just viewers.”

The success of the weekend and the limitless possibilities that the Infinity Park Event Center provides kickstarted the Martinson’s creative juices. He knows that with some practice, the venue could be the perfect place for e-sports competitions moving forward.

“I think that for the in-person experience at a gaming event, I think you have to have all of the screen and have to go all-in on the technology,” Martinson said. “That’s why you see those huge ones in stadiums with the massive LED screens, and we already have that. The gameplay was super easy and fun to watch, but you could do so much more with that with vendors too.”

With one tournament under their belts, Martinson and his team at the Infinity Park Event Center know what it takes to host a successful e-sports event. While it may have been their first one, it most certainly won’t be their last. 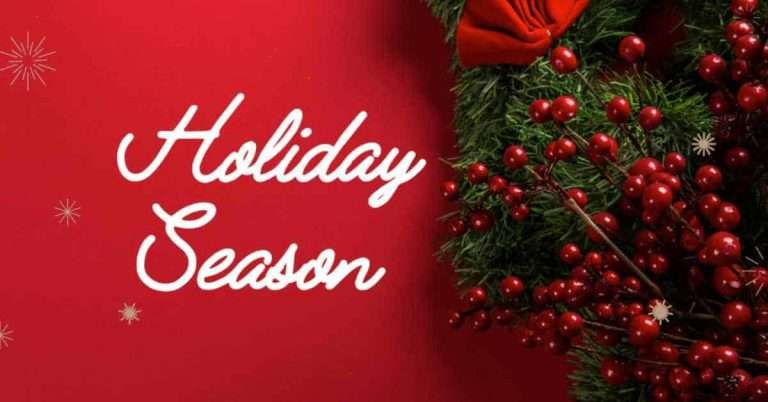 Make This Holiday Season the Easiest Yet!