Perhaps the most interesting one starts with an article published in the business section of the New York Times on September 14, 2008.

The article, titled U.S. Downturn Hits Small-Business Owners Hardest, highlights small business owners that took jobs working for someone else after the economy took a hit in 2008. Featured on the cover of that article was Reed’s smiling face at a rugby match at Infinity Park.

That article was pretty significant for Reed for a few different reasons. Not only did that article very briefly document Reed’s journey to the Infinity Park Event Center, but it also helped land a ring on her finger.

“That’s how I met my husband,” Reed laughed. “He was in the airport in Scotland traveling back to Manhattan Beach from a golf trip and he opens up the International Herald Tribune and lo and behold there is this picture of this woman that he knew when he lived in Atlanta.”

What Bobbi’s future husband read in that article was a CliffsNotes version of her long career in the events industry. The article referenced the work she did running a VIP hospitality suite at the Summer Olympics in Sydney, Australia in 2000, and in 2002 she led a team of people that handled food, housing, and transportation for 1,100 telecommunications workers at the Winter Olympics in Salt Lake City.

What the article didn’t touch on was how Reed got to that point in her career. A few years prior, Reed was introduced to her love for managing and organizing events over the course of the 16 years that she worked for AT&T. Before she had her hand in the Olympics, she was helping AT&T demonstrate the products that they were selling. With a small taste of what organizing events would be like, Reed packed her bags and moved to Dallas for her next role with the company. There, she began to shape her career the way she wanted.

“I had always wanted to work in one of our product demonstration facilities,” Reed said. “I liked organizing those briefings. Clients would come in from Texas Instruments, or airlines, or whatever that our national accounts were managing and tell me what I needed to talk about. It had a certain amount of organizing to it but it wasn’t really what I wanted to do.”

What Reed really wanted to do was organize and manage events. Fortunately for Reed, she was eligible for a leave of absence program that AT&T offered to all of their managers. Through this program – which ranged anywhere from nine to 24 months – Reed retained all of her benefits. She didn’t receive a salary during that time, but she was guaranteed a job when she returned. That was the time that she needed to lay the foundation to make her dream a reality.

“I am starting to concoct in my head this idea that I want to do this event planning thing and I’d like to have my own company,” Reed recalls. “So while I’m off – I think I may have taken the nine months, maybe a year tops – I finish up my undergrad and I start looking for freelance jobs that I can do for people.”

That’s exactly what she did. During that time off, she took any event planning work she could find. That willingness to take any opportunity that came her way began to open doors, and that’s how she wound up with Olympic experience.

“I interviewed with a company down in Dallas and they gave me a local event,” Reed recalls. “I got a phone call from this same company asking if I had a valid passport and if I was available to leave the country in the next 24-48 hours to help out with a program. I said yes and yes. This company had done events in the past with Merrill Lynch but they had not been engaged to do this event which was at the Barcelona Olympics in 1992. Myself and another person who worked for this company got the call and hopped on a plane and went over there. I’m sitting there at closing ceremonies listening to Juan Antonio Samaranch say ‘I call upon the youth of the world to assemble four years from now in Atlanta.’”

Sitting in the crowd, Reed began to assemble a five-year plan in her head. She decided right then and there that she was going to put her head down and make her own path to the Olympic games in Atlanta.

“I’ll use all of my vacation and free time to freelance as much as I can,” Reed said as she recounted her thoughts. “I’ll get AT&T or somebody else to send me to Atlanta to run their hospitality program for the Olympics and then I will know enough to start my own business so then I can leave and do that. That’s basically what happened.”

Some corporate restructuring left AT&T providing their employees with several different options for the future. One of those options just so happened to be a severance package that included $10,000 for start-up expenses. With several years of experience in her back pocket, Reed took the package and hit the road for Denver to start her new company.

Once settled, Reed began building her business. She used her connections from AT&T to get things rolling as her former colleagues scattered around the country. That led to running a variety of different events for a variety of different companies in several different locations. Despite leaving AT&T, the company still threw plenty of business – including the Salt Lake City Olympics – her way.

“For me, it was all about who I knew,” Reed said of starting her business. “And that worked for quite a long time. There were plenty of people that would refer business to me so that worked out.”

All good things come to an end, though, and Reed’s business was no exception. That leads us back to the New York Times article from 2008.

“This is the end of 2008 and the economy is tanking,” Reed said of her decision to close up shop. “Everybody I knew was no longer there. They either quit or got laid off. My whole network of really cool clients disappeared.”

That left Reed with two options: shut the business down or get busy cold calling. Cold calling, as Reed will tell you, is not her thing. Then she was presented with an opportunity to help out with a unique new venue.

“That’s about the same time that Diana (Anderson) came to me and said, ‘I am working on this project for the City of Glendale’ and they are opening a rugby stadium and their first game is going to be in September. It’s a city government and they don’t know how to work events. Would you come on board? You can work for me. I’d pay you a contract rate and you can help get the soft opening and grand opening off the ground?’. So I did,” Reed remembers.

A few meetings turned into sticking around to help out with the matches that season and then creating a manual on how to run events turned into a full-time job offer for Reed. Tired of work that comes along with running her own business, Reed jumped at the opportunity.

“I’d like a job where I could use what I know and learn a few new things along the way,” Reed remembers thinking before she took the job. “I’d never run a stadium or a venue before. I think what Glendale did was significant. It wasn’t like the big AT&T thing where you’re so far from whatever goes on. This was a nice small organization to go to work for.”

It may not be the Olympics or a massive golf tournament – which Reed cites as her favorite events to work – but the opportunity has been exactly what she’s looked for as she starts to think about the end of her career.

“There is so much good there by being a part of a smaller organization like this,” Reed said of her current role. “The people here are great. It’s a real collaborative group of people. I like the other departments and how they play a role in what we do. It’s a good place to be.”

Reed is very grateful for her experiences because they landed her where she is today. But if the opportunity to run her own business came back, she wouldn’t take it.

“Even if all of my clients came back to life and said take us somewhere I would say no thank you,” Reed said. “You’re in a very different spot when you’re 30 just from the energy of what you want to do. I’ve liked doing this job here. It’s something different to do. I didn’t know anything about managing a venue, but I learned. You figure it out.” 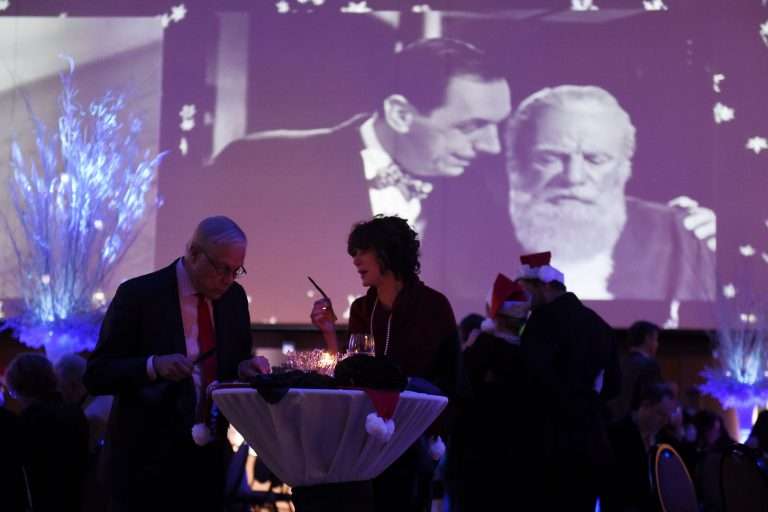 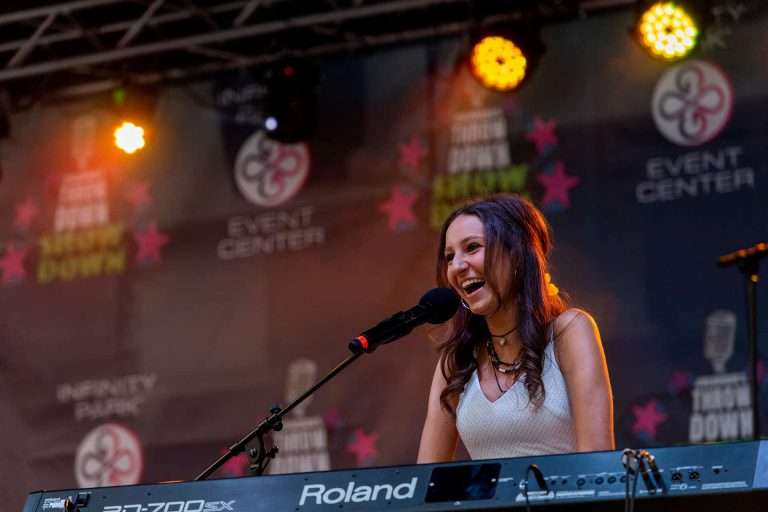 Throwdown Showdown Talent Competition is Back in 2021